I don’t know about you, but for me people speaking English with an accent is a great source of unintentional ASMR. Easily one of the most under appreciated ASMR accents is the Swedish accent. Swedes generally speak English fluently and have a very calm, deliberate way of speaking that is perfect for ASMR.

Sven-Göran Eriksson is a name you either know or you don’t. A former football (soccer) manager who led some of the biggest clubs in the world over a career spanning 5 decades. Sven managed Lazio, Roma, Man City, Leicester, amongst others but perhaps most famously he managed England during 3 major tournaments. Despite having a career marred by controversy in his personal life, Sven always came across as a likeable guy with his calm, quiet demeanor. It is this demeanor and his Swedish accent that give him an amazing voice for unintentional ASMR.

As Sven is unlikely to start his own ASMR YouTube channel anytime soon, we decided to put together a few of his best unintentional ASMR moments from various interviews and television appearances. Hope you enjoy and sleep well!

One of my personal favourite sources of unintentional ASMR is a YouTube channel called The Coaches Voice. It interviews high profile football managers about their career, tactics and classic matches. Their interviews have no other noises. No music, no interviewer. Just the voice of the person talking, which is great for ASMR. Here is the first soft spoken Sven-Göran Eriksson interview about England’s famous 5-1 win over Germany:

There is no full version of this interview but here is another clip from the same interview, where Sven talks about his early career with his soft spoken Swedish accent:

Sven famously almost became the manager of Manchester United in 2003 and in this interview he speaks calmly about that period in his life in an interview with BBC Radio 5:

Probably the best quality recording of Sven is his latest interview with Sky Sports on Monday Night Football. I get major ASMR tingles from it, even though there are some louder voices in this video. Still if you need a fix of that Swedish accent here is the best clip:

Lastly we have a long Sven-Göran Eriksson interview in his native tongue. As the entire interview is in Swedish, I have no idea what he is talking about recently but I find this video very relaxing to listen to and great for helping me sleep.

Also subscribe to our YouTube channel for the latest unintentional ASMR or to check out the complete archive. 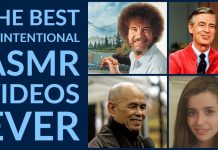 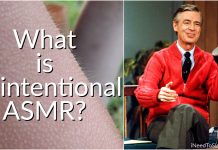 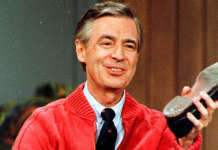