Do you keep hearing about ASMR but you’re unsure what it is? You know it’s something relating to whispering or sleeping or tingles or something but what exactly is the definition for ASMR?

The strictest ASMR definition according to a PeerJ study by Barratt EL and Davis NJ from 2015, ASMR is “a tingling, static-like sensation across the scalp, back of the neck and at times further areas in response to specific triggering audio and visual stimuli” which is where all of the soft speaking and satisfying to watch videos come in.

Often ASMR videos are “socially intimate in nature” and can involve repetitive behavior such as brushing hair, cleaning and restoring items or ear whispering.

The term ASMR stands for Autonomous Sensory Meridian Response and according to the Wikipedia definition ASMR is “an experience characterized by a static-like or tingling sensation on the skin that typically begins on the scalp and moves down the back of the neck and upper spine”. ASMR is often associated with frisson which are acoustic chills that often give an individual goosebumps.

So basically if you keep hearing about ASMR and don’t know what it is
the simplest ASMR definition comes from the Urban Dictionary who state that the “sole purpose of ASMR is to relax people…. Ideally, ASMR videos are meant to give the viewer a relaxing tingle at the back of their head and/or spine”. Certainly the purpose of our Pure Unintentional ASMR YouTube channel exists solely to relax the viewer/listener. This can be down using a number of different videos.

ASMR videos or audio usually involve one of these key features known as ASMR triggers. They include but are not limited to:

For more info on ASMR check out more articles below:

What does ASMR mean? 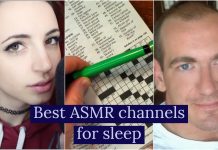 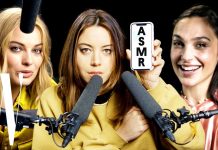 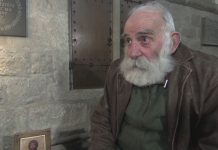 Buy now for as little as $10 on Amazon

ABOUT US
Do you need to sleep now? Well here at I Need To Sleep Now we know how you feel. That's why we post the very best unintentional ASMR videos daily to help you sleep instantly. We also include sleep tips, sleep product reviews, giveaways, etc. So check out our Facebook page and YouTube channel for more and stay tuned to iNeedToSleepNow.com for the best tips on getting a great night's sleep. Please consider donating to us on Patreon to keep this channel going!
Contact us: On Facebook
FOLLOW US
© 2019 | iNeedToSleepNow.com | This website uses cookies to enhance your experience.